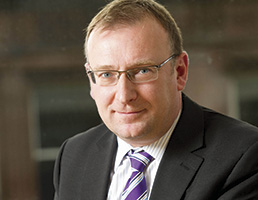 Next month, several employment law changes come into force across the UK. Employers need to be aware of these and ensure that they are suitably positioned to implement them, says Nick Soret.

The National Living Wage (NLW), a flagship government policy to help lower-paid workers, comes into effect from 1st April, entitling those who are over 25 to a minimum wage of £7.20 an hour.

Government figures suggest that more than a million UK employees will benefit from the increase, adding up to an extra £900 on their annual wages. It's vital that employers understand and prepare for the implementation of the NLW as those who fail to pay it may be named and shamed, potentially face criminal proceedings and incur penalties of up to £20,000 for each worker found to have been underpaid.

National minimum wage rates for those under 25 remain at the rates set in October 2015.

Companies offering apprenticeships should also be aware that, from April, the government will abolish employer national insurance contributions on any apprentice under the age of 25 - a move that is designed to encourage businesses to take on more young people.

An employee can, however, only be classified as an apprentice if the employer is putting them through a recognised statutory apprenticeship scheme.

Further protection for workers on zero-hours contracts has also recently come into force with new regulations preventing the dismissal of a worker for refusing to agree to an exclusivity clause. Additionally, the law now allows zero-hours contracts workers to claim compensation if they're subjected to any detriment by their employer for breaching an exclusivity clause. The Department of Business, Innovation and Skills has issued new guidance on the appropriate use of zero-hours contracts, making it clear that they're not unlawful and giving examples of situations where they might be appropriate.

Other noted April changes include an increase in redundancy and unfair dismissal rates, which will rise from the current weekly maximum of £475 to £479, in line with the increase in the retail price index.

Although no date has yet been set, there is also an intention to introduce new regulations to help address the pay gap between men and women. Sometime during 2016 new rules are due to come into effect requiring all businesses and organisations employing 250 or more people to publish information on gender pay. This will need to include details of mean and median pay by gender and numbers of workers of each gender in each pay quartile. Larger employers would be wise to prepare the groundwork now, initially by carrying out an in-house audit to determine if there is an existing discrepancy in pay between genders.

Employers should also be aware of other key employment-related legal developments including the issue of holiday pay entitlement. In February, an employment appeal tribunal ruled in favour of a British Gas telesales worker who said his holiday pay should include commission that he would have earned during his time off. This is the latest in a string of cases interpreting the EU Working Time Directive on paid holiday entitlement and in particular about how it should be calculated. The ruling confirms previous cases that said holiday pay should include additional elements, over and above basic pay, that are regularly received by workers.

The clear message to employers is to take specific advice on their obligations and options on holiday pay. This is because contracts and work practices vary so much that it's difficult to give general guidance. A good rule of thumb, however, is that holiday pay should reflect what workers are normally paid. In many cases nothing may need to be done, either because workers are already paid holiday pay based on average earnings or because they are on a flat salary. Doing nothing is therefore an option for some employers, but only if their workforce is happy with the current situation.

Taking advice is always wise, however, and can be cost-effective if it prevents a situation where a claim for lost income arises. While a shortfall in holiday pay entitlement can often be small or intermittent, workers who believe they've been underpaid for their holidays can claim up to two years' backdated payments, so bear this potential cost in mind.

6. Brexit and its consequences

June's European Union referendum is another issue that has the potential to effect UK employment legislation, should the British electorate opt to leave, although the extent of this is unclear at present.

A vote to leave the EU is, however, unlikely to lead to many significant changes in the short term because this would require a large amount of legislative work. And there's already significant flexibility in operating laws such as the Working Time Directive where UK workers can opt out of the maximum 48-hour working week, for example.

Nick Soret is head of consultancy support at NatWest Mentor