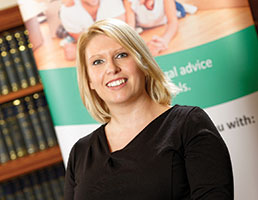 Organisations run the risk of being found vicariously liable even if the person isn't technically an employee, explains solicitor Victoria Smithyman

It is fair to say that almost all organisations or groups in the UK are aware of the liability risk posed by the actions of their employees.


But should this concern extend to those individuals who are not formal employees? What about those situations where the employee pursues their own interests?

The fact is that employees, contractors and other workers are human, capable of independent thought and action, and sometimes make mistakes. Should the employer ultimately be held legally liable?
These are matters that have recently been considered by the Supreme Court.

It is clear that in light of the direct employer/employee relationship there is a real risk that an employer will generally be held 'vicariously liable' for the actions of their staff.

But what happens when the lines of the employment relationship are blurred? The law surrounding this is convoluted. However, the Supreme Court has recently given us some food for thought.


2. Defining the blurred lines
The case of Cox v Ministry of Justice [2016] UKSC 10 stated that an organisation could still potentially be held vicariously liable despite there being no formal employer/employee relationship.

Importantly, the payment of a wage was not essential for a finding of vicarious liability rather than the contribution the individual makes to the organisation. In this case, the claimant was a catering manager at a prison. She was injured when a prison inmate carrying sacks of rice accidentally dropped one onto the claimant.

The question was could the prison be held vicariously liable for the actions of the prisoner? The conclusion of the Supreme Court was 'yes'.

The inmate, although not an employee, was contributing to the day-to-day operation of the prison - keeping inmates and prison staff fed. While undertaking this work he was "furthering the aims" of the prison and so the Supreme Court concluded it was vicariously liable.


3. 'What about employees 'acting out'?
What about those situations where the employee acts in their own interest and without any instructions from his employer?

In this case a Morrisons employee 'A' was working in a petrol station kiosk. Unprovoked, 'A' then launched a foul-mouthed verbal and, eventually, physical attack on the claimant.

The claimant argued that Morrisons was vicariously liable for the actions of its employee.

Initially, both the county court and Court of Appeal found for the defendant Morrisons. They concluded that the actions of 'A' and the nature of his employment were not sufficiently "closely connected" and therefore Morrisons could not be responsible.

The Supreme Court, however, thought differently. The court decided that it did not matter why the employee acted the way he did and what his overall aim was. The fact that he used his employment position for his acts means that the employer was held responsible for the employee's actions.

LJ Toulson states in his judgement: "It was a gross abuse of his position, but it was in connection with the business in which he was employed to serve customers. His employers entrusted him with that position and it is just that as between them and the claimant, they should be held responsible for their employee's abuse of it."

In this case the employee was employed in a customer service role. The fundamental aspect of this role was his interaction with customers.

The Supreme Court concluded that he used his employment position to carry out the attack on the claimant.

Even though it was clearly 'A's personal agenda to carry out the attack, his employment provided the opportunity to do so and, as a result, his employer was held vicariously responsible.


4. Where does this leave us?
Ultimately, all organisations run the risk of being found vicariously liable for the actions of individuals acting for or on their behalf, regardless of whether a formal contract of employment or remuneration exists.

The recent cases have widened the net to include all people with a function within an enterprise and not simply an employee. If the person then uses their role to commit an act of negligence, the fact remains that the organisation could still be held liable. You have been warned.

Victoria Smithyman is a solicitor at HardingEvans