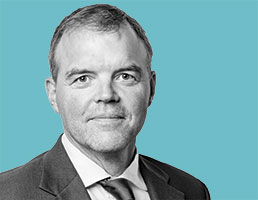 Land remediation expert Henry Simpson looks at the risks posed by land contamination from industrial uses past and present, and outlines the regulations that FMs should consider when dealing with such sites.

Contaminated land is land that because of substances in, on, or under it, presents a high possibility of significant harm to human health or pollution of controlled waters.

As well as harm to people, land is legally defined as 'contaminated land' where substances are causing, or could cause:

 Significant pollution of lakes, rivers and any other surface waters, or groundwater; or

 Harm to people as a result of radioactivity.

 Heavy metals such as arsenic, cadmium and lead

An estimated 300,000 hectares of land in Great Britain are thought to have been affected to some degree by contamination left by industrial activity. There are many possible causes, the most likely being leaks and spillages from pipes or tanks, the disposal of waste materials on the site, or the demolition of buildings containing toxic elements such as asbestos.

Active sites will undergo a land investigation if the core use of the land is changing, or in the event of a sale or acquisition, but FMs may also need to consider exploring a site's contamination levels to prepare for new buildings or machinery, as land remediation will be a condition of planning consent. An application for an environmental permit would also call for the investigation of active land.

A land investigation is necessary before any activities as often there aren't easy-to-spot signs - unless the situation is critical - meaning contaminated land is only discovered during an investigation. Some contaminants, such as petrol, if present, may be visible, or carry a distinct smell, but most are without characteristics. Another indication that land may be contaminated is in the event of a noticeable increase in substance use that could be attributed to a leak from tanks or pipework.

Great Britain has a thorough legal framework to defend public health from the effects of contaminated land. According to the government the most important piece of legislation is Part 2A of the Environmental Protection Act 1990, amended in 2006 to include radioactively contaminated land.

This outlines what is meant by the term 'contaminated land' and states rules on the reuse of active sites such as petrol stations, whereby the land must stand unused for two years before any new building goes ahead.

Permits issued to many inherently polluting businesses under Part 1 of the 1990 Act must return their sites to a satisfactory state, with consideration to the land's original condition, on termination of their activity.

 Physical remediation, such as excavation and disposal of contaminated soils in operational environments.

The cost of land remediation falls to the original polluter, but where they cannot be traced, by the current owner or the local authority. It will be their responsibility to engage a remediation specialist to determine a risk assessment and a plan of action following a screening and evaluation of groundwater and/or soil remediation options.

Henry Simpson is commercial director at Adler and Allan

London (Greater)
Up to £47,276 per annum plus excellent benefits
Reference
59097
END_OF_DOCUMENT_TOKEN_TO_BE_REPLACED