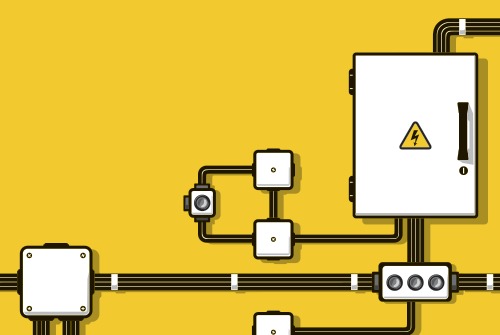 At present, the IET Wiring Regulations - otherwise known as BS 7671 - only take steps to safeguard against fire and electric shock. These regulations are now under full review, says the ECA's Bill Wright.

One of the biggest changes in the 18th edition of the Wiring Regulations is expected to be energy efficiency, which is set to be included for the first time because of the increasing importance to clients of having energy-efficient electrical installations.

Effectively there will be two design requirements - the first is to understand the energy profile of the building and both the passive and active measures taken within it; the second is to take steps to cut energy losses within installations. This update will provide a framework for clients to stipulate levels of energy efficiency to achieve:

- Use of energy at lower tariffs;

IEC 60364-8-1 - the international document on which the update is based - considers several factors for energy efficiency, including:

- The efficiency placement of the electrical intake;

- Types of controls to avoid waste;

- Types of loads that can be switched off without impacting safety and usability;

Significantly, IEC 60364-8-1 recognises that replacement of existing building stock is low - 5 per cent or below, and so this regulation states that it should also apply to existing buildings as well as new developments.

Updates should bring the UK's rules in line with both CENELEC and IEC 60364 standards, to ensure that existing regulations are clearer, and to allow for new technology and methodology to be incorporated.

A draft of the 18th edition will be open to public consultation from June for  industry feedback until late August. The ECA will also be discussing the changes with members and other stakeholders in the sector.