Pain ahead for energy buyers 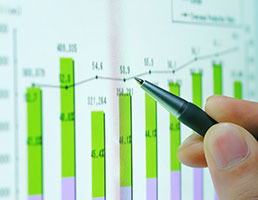 Michael Dent explains why third party energy charges are piling on the pressure for FMs.

The 'Beast from the East' and other cold snaps sent wholesale energy prices soaring this winter, but as we enter Spring, the real 'beast' is third-party, non-commodity charges.

These charges - that cover the cost of distributing and transmitting energy and incentivising decarbonisation of supply - now account for more than half of today's energy bills. They are rising sharply, making it all the more important to control volatile wholesale energy costs and reduce energy consumption.

Four key policy changes introduced on 1 April 2018 will put further pressure on third-party charges for many businesses, although energy-intensive industries could be better off.

Ofgem has introduced DCP161, DCP228, and P350 that relate to costs for distributing and transmitting power and could lead to higher power bills for many business consumers.

DCP228 and DCP161 are changes to the Use of System (DUoS) charges by the regional Distribution Network Operators (DNOs). They apply to electricity transportation costs from grid to meter.

This significantly changes the way DUoS charges are calculated. Until 1 April, half-hourly customers paid up to 20 times more for peak-time power in 'red' band periods than they did at lower peak 'amber' and 'green' times. DCP228 balances charges more evenly between the three tiers to better reflect average national demand.

The impact on customers will vary according to factors such as regional location, consumption profile and voltage level, with some standing to benefit.

This Businesses that breach their Agreed Supply Capacity (ASC) could see their power bill rise by an extra 2 per cent.  A new penalty could be three times higher than the existing standard rate charge.

The P350 Balancing and Settlement Code (BSC) modification relates to charges for power transmission losses. It replaces the current universal tariff with a 'locational variability charge', which is a fairer reflection of transmission losses according to distance travelled from generator to end customers.

Because customers in the south of England tend to be located further away from power generation plants, they will incur higher charges than those businesses based closer to the source of generation. As such, London consumers could face a 1.5 per cent uplift on their electricity bills, while businesses in the North and Scotland are likely to be charged less.

April also saw the introduction of a discount on the Renewables Obligation levy for energy-intensive industries. These businesses already have exemption from the Contracts for Difference (CfD) Levy and could also be exempt from future Feed-inTariff (Fit) charges.

While this will provide substantial benefits for the biggest energy consumers, other non-exempt consumers will have to fund the extra costs, putting further pressure on bills.

From 1 April 2019, there will be huge increases to Climate Change Levy (CCL) rates. This will offset tax contributions lost when the Carbon Reduction Commitment (CRC) is abolished.

Although current CRC participants might be better off from this change, many organisations that aren't part of the CRC scheme, such as SMEs, may feel the pain. Light energy consumers will be exempt from CCL.

Energy-intensive consumers will also be protected from higher CCL rates because the government plans to increase  the  discount available to Climate Change Agreement (CCA) participants.

How to manage higher charges

FMs  should take steps to understand how these changes will affect  energy bills so that they can budget effectively.

From a procurement perspective, there's little scope to influence non-commodity costs, but FMs can do plenty to control and reduce their wholesale energy costs.

It is more important than ever before to introduce smart, flexible purchasing strategies that are supported by strong risk management. In this way,  organisations can navigate the extremely volatile wholesale energy markets and benefit from buying at the most opportune times, while ensuring that they protect themselves from market spikes.

Now is also the time to explore ways of reducing  energy demand during costly peak Triad periods. The need to improve energy efficiency is also increasing and FMs may find that the payback on implementing energy saving measures has improved since the last time they explored the opportunity.

The potential for decentralised energy generation, via renewables and combined heat and power is also growing.