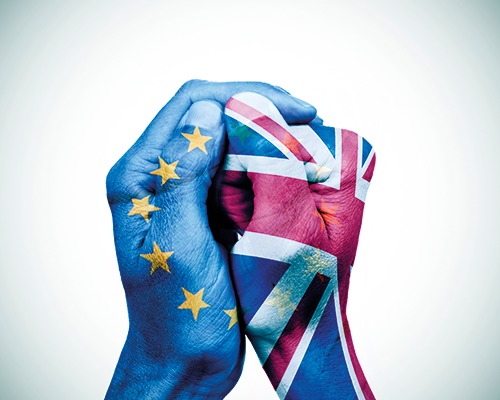 Organisations need to consider how Brexit might affect existing contracts as well as those that come into force after an exit deal is made, says Lindsay Ellis.

Businesses could see their supply chains affected by Brexit and should consider the performance of obligations and cost of performance by subcontractors and suppliers. This is vital for those responsible for extra costs or delays owing to border issues.

Depending on the contract drafting, these can relieve a party from liability for a breach resulting from 'circumstances beyond its reasonable control'. But if Brexit was likely when the contract was agreed, it could be argued the parties should have planned for its effects. Without a specific reference to Brexit, such clauses are unlikely to help but, depending on how the clause was drafted, it might address delays in delivery of goods owing to border issues.

Compliance with applicable law will be a matter of interpretation whether such a clause could oblige a party to absorb the costs associated with Brexit-related changes in law.

Long-term contracts typically address what will happen if the law changes, often specifying that charges can only be increased in limited circumstances, with the supplier required to consult the customer before changing services.

The contract may include scope for termination by either party. This may be in connection with circumstances arising from Brexit-related events or a failure to agree a change.

If a contract's termination clause gives a party a right to terminate on relatively short notice, the prospect of termination can always be raised as a means of encouraging negotiation.

Frustration arises where an event, like a change in the law, occurs after the date of the contract, radically transforming the obligations of either party or making it physically or commercially impossible to fulfil the contract.

But a contract is not frustrated owing to inconvenience, hardship, financial loss or when the event should have been foreseen. It is generally accepted that frustration will not help with Brexit, although it might apply if certain changes in law were to be made subsequently, which would make it impossible to fulfil a contract.

The courts are unlikely to interpret a contract or imply a term to assist a party adversely affected by Brexit and will not relieve a party from the consequences of their poor business practices.

Similarly, the fairness of a proposed implied term or the fact that the parties would agree to it is insufficient grounds for implying it.

Both interpretation and implication of terms have regard to the background knowledge reasonably available to the parties when they entered the contract. If they fail to include Brexit provisions, it might be considered they have accepted any additional costs and risks should lie where they fall.

By not drafting contracts that anticipate Brexit, there is a risk that a party will be obliged to continue to fulfil its contractual obligations, even if Brexit-related events render it commercially unattractive. But doing nothing may be an option for a party who can terminate contracts at short notice or is confident in their ability to perform regardless of Brexit.

Inserting a 'Brexit clause' into contracts will trigger some change in the parties' rights and obligations when a defined event occurs - this 'if/then' clause attempts to govern the outcome of a change.

Brexit could affect almost every aspect of doing business and the best a Brexit clause may offer is a binding requirement for the parties to try to renegotiate the contract.

Lindsay Ellis is a partner at Wright Hassall Solicitors