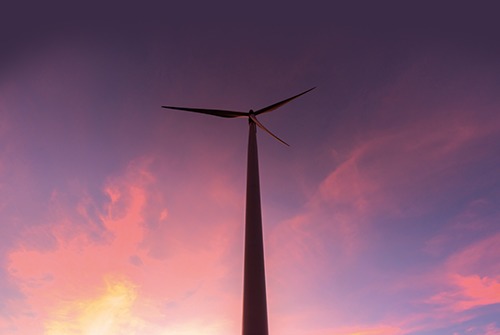 Political uncertainty and macroeconomic events are creating volatility in global markets, destabilising the cost of 'traditional' fossil fuel commodities and having an impact on what businesses pay for electricity.

For instance, oil prices - a key signifier of the state of the global economy - rose to a four-year high in October but collapsed mid-month following reports of rising US stocks.

More recently, Toshiba's UK nuclear arm, NuGen, pulled out of the Moorside nuclear plant in Cumbria, leaving a 3.4 gigawatt hole in our energy supply. As more of the UK's dirty coal-fired capacity is decommissioned to tackle climate change, these setbacks will have even greater implications, creating additional uncertainty for our future energy supply.

This unpredictability means energy users are finding it hard to plan ongoing costs. That's why FMs are seeking to shelter from energy price volatility and safeguard their bottom line with on-site renewables.

Those who have already adopted behind-the-meter renewable generation have found that it reduces energy bills, cuts carbon emissions and gets an environmental social governance (ESG) edge on competitors.

For example, The Greenvale AP potato processing facility near March in Cambridgeshire has been benefiting from renewable energy generated by a wind turbine since 2014. The clean wind energy from the turbine now provides up to 75 per cent of Greenvale's energy demand.

In addition to managing exposure to wholesale electricity price volatility, on-site renewables can mitigate the risk of carbon price increases. Currently, many large UK companies pay a price for the carbon they emit through the EU's emissions trading scheme. The more carbon-intensive a company, the more they pay. But on-site renewable energy can reduce the carbon intensity of production.

For companies looking to commit to the RE100 movement - a collection of influential companies committed to 100 per cent renewable power - on-site renewables offer a quick and significant win.

There is another key driving force behind the growth of behind-the-meter generation - energy storage.

Battery storage technology is becoming cheaper. This makes it easier for businesses to reap rewards from buying electricity at off-peak times and selling it back during peak hours. New research from electricity supplier Haven Power shows that a third of UK businesses have installed on-site battery storage and over half consider energy use as one of their top three priorities.

We've wasted no time adopting and offering this technology to businesses. Earlier this year, we partnered with Aura Power to offer UK businesses the chance to use battery energy storage systems to cut electricity bills at no cost to themselves.

How to install on-site renewable generation

Two common concerns preventing businesses from benefiting from on-site renewable generation are the initial cost and planning involved. But both challenges can be solved. Many behind-the-meter technologies - including wind turbines, solar panels, and energy storage systems - can be installed at no cost to the user.

Some businesses can even charge rent to the installer - creating an extra revenue stream. Installers are able to support this by selling a small proportion of the energy generated to the grid at times of high demand.

What's more, specialist values-driven financiers can also provide expert guidance and project-manage the whole process, making it much easier to install renewables than it may first appear.

Another concern is the threat that regulation will change to make those with on-site generation pay for transmission and distribution network costs - something they currently avoid. But even with this change, businesses still stand to save substantial amounts on energy bills compared

with simply buying energy from the grid.

It is time for businesses to protect their bottom line from price volatility and take control of their energy supply.