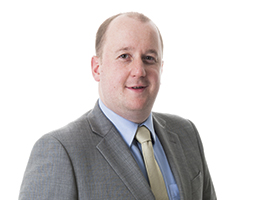 Pseudomonas is a common bacteria that could be responsible for corrosion and inefficiencies in your building's water system. Steven Booth explains how FMs can prevent it.


When you think of water hygiene, it's usually Legionella pneumophila that comes to mind - the headline-grabbing bacteria responsible for causing illness in people. For closed water systems, Pseudomonas is the bigger problem; it's a tough bacterial strain able to survive in harsh environments and found widely in soil and stagnant water.

Although certain types of Pseudomonas can be dangerous to humans, there are many species that are not a health risk and in closed circuit water systems, contact with the outside world is limited - it is the water system itself that is at risk from its effects.

Any stagnant or low-flowing water will give Pseudomonas the perfect conditions to multiply, leading to biofilm formation and other problems such as corrosion and the rise of sulphate reducing bacteria (SRBs).

A key exacerbator of Pseudomonas build-up in large commercial buildings is 'dead legs' (a redundant length of pipe work). The risk of bacterial growth in dead legs is well documented for heating and cold water systems, but the same problem also occurs in closed systems.

Often included to make way for future expansion, these potentially vast areas of stationary water present the ideal conditions for bacteria to grow. Dead legs can also be created if certain areas of the system are not circulated regularly.

Once bacteria have taken hold on a grand scale it can be difficult to get things back under control. Although removing 'dead legs' altogether may not be practical, we suggest that designers include a bypass or flow around the dead end to combat the problem and implement a valve-exercising regime to create full circulation.

To set the stage for continuing water hygiene, FMs need to be confident that the water system they're taking on has been built and prepared with bacteria prevention in mind.

Pre-commissioning cleaning is a standard requirement of all new closed water installations, and is carried out under the latest BSRIA guidelines. Remediation cleaning of existing systems that have fallen out of control is possible, but it will never render a system quite as good 'as new'.

Before FMs are handed the care of a water system, the following pre-commissioning cleaning techniques should be employed.

Once the area is cleaned, Pseudomonas can be stopped from entering the building by creating a preventative non-chemical barrier that water flows through. Photocatalytic water purifiers greatly reduce bacterial levels in the water. A specific frequency of light and photocatalytic surfaces are used to create free radicals that break down harmful microorganisms and other pollutants in water. The free radicals are short-lived and exist for
only milliseconds, which means they have no possibility of leaving the reaction chamber.

A photocatalytic water purifier such as Guardian's AOT Wallenius can produce a Log 5 reduction in Legionella and Pseudomonas bacteria levels within the water that passes through it, killing 99.9 per cent of microorganisms.

For FMs, this approach means a reduction in the need for chemical dosing, which reduces continuing maintenance requirements and the need to purchase biocides.

Water treatment should never be an afterthought. Cutting corners at the construction stage will leave those responsible for ongoing maintenance with a far harder task - bacteria may be prolific and more difficult to get under control, with increased man-hours and chemicals required to deal with its issues..