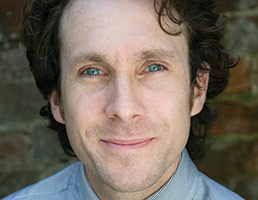 Steve Martin looks of the Fire & Security Association looks at the causes and consequences of fire systems going wrong - and how to minimise the risks.


Fires are devastating, but how can you quantify the damage they cause? The consequences range from damaged property, loss of possessions to - in the worst case - a fatality. Within this broad spectrum are a number of other outcomes that are often less obvious - traumatised victims, reputational damage, and, in some cases, criminal and civil liability.

There's also the impact the fire has on the building. We've all read about blocks of flats or offices left empty for a number of years while fire investigations (and the renovation work required to bring a building back to operational standard) are carried out, hospitals losing specialist units because of fire damage, and schools having to source temporary or alternative accommodation for their pupils while fire damage is rectified.

1. Disruption to business
In this scenario, staff, occupiers or residents will be disrupted or displaced, and the building's owner may have to pay compensation and legal costs or meet the cost of finding alternative accommodation for the business or organisation - as well as for the renovation of the original building. This may sound like a minor consequence compared with the impact of fires on people and their lives, but it is one that affects a business's bottom line - in some cases seriously.

Having the correct fire systems won't stop buildings from being damaged by fires, but they play a crucial role in identifying and fighting them, and alerting a building's occupants of the need to evacuate if one starts. But if they are not installed correctly and a fire spreads or evacuation time is cut because of a defective or poorly functioning system, the owner may face some or all of the consequences and liabilities mentioned.

2. Risks versus costs
This may sound like a basic observation, but as these systems don't provide a direct contribution to turnover and profit, it can be a challenge to make building's owner understand the need for continued investment and maintenance of a fire detection and alarm system - even when legislation and a fire risk assessment underpins the need for doing so.

In a scenario where cost is the deciding factor, there's a risk of the system not being installed or maintained against the proper criteria. This increases the risk of it not working or working incorrectly - putting the building's owner - or their designated responsible person - in breach of the fire safety order and at risk of a fine or a prison sentence.

3. False alarms
There's also an increased risk of a false alarm, which can incur a fine if it happens repeatedly.
The London Fire Brigade charges £295 plus VAT if it is falsely called out to the same site more than 10 times a year - an initiative that generated more than £500,000 in fines in its first year - £177,000 of this coming from 10 London hospitals.

This is a relatively minimal sum compared with the estimated £1 billion false alarms cost the UK, but this approach hasn't been introduced to make money or recoup some of costs associated with them - it has been introduced to reduce resources fire services waste on false alarms. The London Fire Brigade has stated that it attended more than 35,000 false alarm callouts from automatic fire alarm systems in 2014, so it is clear that something needed to be done to reduce the amount of time and resources spent on responding to them.

4. Correct installation
But fining repeat offenders will only achieve so much - a far better approach is to prevent false alarms and ensure that fire systems function properly. This starts with making sure the building's owner is willing to make the initial investment in these systems, but the other important consideration is to make sure that the contractors installing and maintaining these systems have the relevant skills, knowledge and experience to carry out the work.

This may sound like standard practice, but there are many instances where contractors with no background in fire systems are asked to install and maintain them as part of wider job. Procuring contractors without the relevant skills, knowledge and experience to carry out this type of work wouldn't fulfil duties and obligations under the CDM regulations and offers a poor defence to enforcing authorities.

5. Vet your installer
One way to avoid being put in this position is to look for evidence that the people installing and maintaining your fire systems have some form of accreditation - recognition from an independent third party of their ability to perform the task that they are being asked to carry out. This can take a number of forms - either specialised accreditation following an assessment by a recognised organisation (in the case of fire systems the two preferred options are BAFE SP203-1 and LPS 1014) or through membership of a relevant trade association.

Making sure that contractors have this third-party accreditation is a worthwhile investment. The legal, commercial, human and reputational consequences of fires whose damage could have been reduced by having properly installed and properly functioning fire systems are grave. But by ensuring the budget is available and invested in the right systems and the right contractors it is easy to mitigate the risks of fires and false alarms..

Steve Martin is head of the Fire & Security Association (FSA)