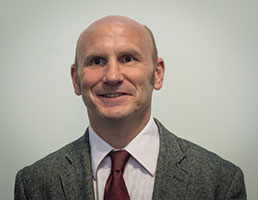 Is your organisation legally compliant on pest control? David Lodge explains some imminent alterations to the laws protecting wildlife


Ninety-four per cent of red kites and 100 per cent of kestrels1 tested in the UK show residual anticoagulant rodenticides in their bodies - and barn owls show similarly high levels.

FMs and health and safety officers should now be aware that the HSE is likely to ban Second Generation Anticoagulant Rodenticides (SGARs) if the industry does not take more care to protect the environment. With this in mind the Environmental Agency and the Campaign for Responsible Rodenticide Use (CRRU) have helped to save these essential products by introducing waste control measures and stewardship procedures. The success of these procedures will be monitored through whistleblowing and measurement of toxins within 'at risk' wildlife.


1. Know the legislation
It is essential that employees charged with pest control understand the principles behind the relevant legislation and comply with them. The risk hierarchy that your pest control company should work to involves you working with it as part of an Integrated Pest Management (IPM) system. This begins with habitat management.


2. Habitat management
Habitat management includes physically altering the environment to discourage pests - removing food sources, eliminating harbours, and proofing holes to stop entry. Non-toxic trapping techniques should then be considered as the next option. Only after these two steps have been carried out should rodenticides be considered. Success will be down to teamwork, investigation and innovation. Your pest control company should be carrying out a hierarchy of risk analysis with a COSHH assessment, risk and environmental assessment, and a method statement. Bait points should be pinpointed on a site map.


3. Secondary poisoning
Many companies continue to locate permanent live baits in external bait boxes around the perimeter of buildings.

The need for these rodenticides should only really be required for a maximum of 35 days. If there is a continuing rat problem this can be extended, but only if the environmental risk assessment allows it and it is explained why the bait is required and how non-target species will be protected.

The danger to wildlife comes about in two ways; if the poison is separated from the bait station primary poisoning can occur to a non-target species such as domestic pets, or protected animals such as water voles and field mice may take the bait. The other scenario is that a house mouse, (not really a pest if it is outside) eats the bait and dies in the open. The body may then be taken by other wildlife - this is called secondary poisoning and this is the reason that residuals of SGARs are found in our wildlife. This routine permanent baiting must come to an end. For the time being, pest control companies may narrowly be staying within the law as labels are still in the process of being changed, but this will be mandatory by March 2017 and is certainly the best procedure, according to CRRU UK Code of Best Practice2. Pest control companies that do not adhere to this do not have much respect for the environment as there really is no excuse.

The Environment Agency also now insists that any live (toxic) bait on site must be accounted for carefully. When the baits are removed from site there must be a waste trail, which will require a consignment note unless the 'spent bait' is reused. If the contract is terminated it is the pest company's responsibility to remove the baits; if they do not comply and you (the customer) or the incoming pest company has to remove them a charge can be made for this and the British Pest Control Association (BPCA) should be informed.


4. Non-toxic knowledge
Pest control has become a knowledge-based industry as opposed to a product-based one. No longer can we ignore the impact that pesticides have on our surroundings. Indeed, if we choose not to, the HSE, along with Europe, will ban SGARs.

For seven years Beaver Pest Control LLP has used non-toxic rodent control measures such as electrical or mechanical traps and non-toxic monitoring blocks and it seems that the rest of the industry has finally caught up. We have also expanded into wildlife management by encouraging protected species such as badgers and bats to relocate away from areas where they risk human/animal conflict, for example, by locating nesting boxes for bats, as well as flying hawks to deter pigeons. It is important that our clients understand the benefits of working with the environment and comply with legislation such as the Animal and Wildlife Countryside Act and the Food and Environment Protection Act.

David Lodge is a partner at Beaver Pest Control LLP