Filtering the particles to force down false alarms 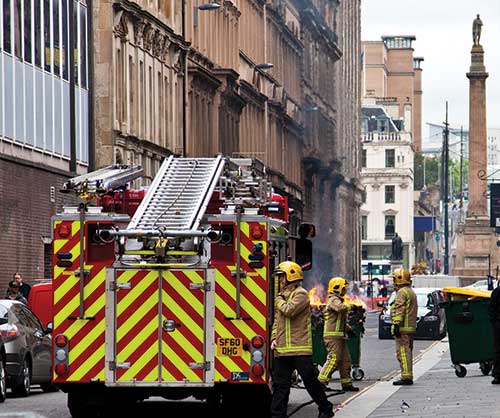 False alarms - those generated by fire detection systems but not in response to actual fires - cost the UK in excess of £1 billion annually in loss of production and disruption to businesses and increased insurance premiums. And some fire & rescue services will no longer attend a fire alarm unless the incident is verified.

Automated fire detection systems include mechanisms that filter signals at the control panel. Panels can be configured to deactivate certain zones at times when false alarms are most likely, or set delays before an alarm is sounded to allow for investigation. But it is still preferable to prevent false alarms.

Best practice dictates that smoke detectors should not be fitted in kitchens or bathrooms - environments that generate vapours that can be misread as smoke by detectors. In a kitchen, you would use a heat alarm instead. In a bathroom you would not use one at all.

This becomes problematic in a hotel. You must have an alarm in each bedroom, but the en suite bathroom is typically close by. A guest who has a shower lets steam into the bedroom as soon as they open the bathroom door. And in many cases the alarm needs to be close to the main door/lobby to protect the occupants' escape route - near the bathroom door.

Infrared scattered light technology currently used for commercial smoke detectors is typically unable to distinguish between the larger particles like steam or dust - the main causes of false alarms - and particles generated by combustion.

You could adjust the detector performance, usually at the control panel, for given periods. This might involve switching a smoke/heat detector to heat-only mode or reducing the sensitivity of the detector. Both approaches compromise safety.

Another option is a multi-sensor. Unlike single-sensor detectors, multi-sensor alarms combine two sensing elements, typically optical and heat. The sensor interprets signals from the sensors to better understand what's happening. There's a quicker response to slow smouldering and fast-flaming fires, yet greater immunity to false alarms. Still, 'greater immunity' may not suffice; multi-sensors are susceptible to false alarms from dust and steam.

Dual optical alarms use a single optical sensor that 'looks' for smoke using a scattered light beam in the sensing chamber.

Dual optical alarms also employ blue LEDs to provide a more accurate measurement of particles within the chamber. By calculating the ratio of these light sources, which operate at different wavelengths, the detector can determine the particle size and thus distinguish between smoke and non-combustion products such as steam, aerosols and dust.

London (Central)
Circa £50,000 per annum depending on experience
Reference
59380
END_OF_DOCUMENT_TOKEN_TO_BE_REPLACED