CAFM and the app factor 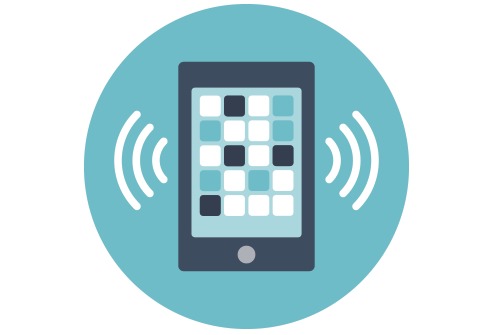 The coming generation of FM apps in end users' hands has considerable potential for both clients and end-user consumers of the service alike, says Paul Bullard.

For some time now, smartphones and the apps on them have been growing as a key interface for maintenance and other FM professionals.

Inputting data into CAFM or similar systems through a smartphone interface is seen, if anything, as a better solution than the dedicated data recording devices that have been so ubiquitous but are so quickly being displaced.

What's new, and what brings with it the potential to hugely affect both the type of facilities service and its delivery, is end users themselves gaining access to FM systems and departments through such apps - allowing those who actually experience the service to benefit from a direct connection to those providing it.

Imagine your end users allowed access to a suite of simple, single-function smartphone/tablet apps; apps that allow them to order food, report a malfunction, or book a room (as just three examples). Imagine, too, the ability to customise such apps so that the outsourced FM provider's details are to the fore. This is where we're headed, with demand from users for such functionality only growing as smartphones grow in stature as the technological conduit between a building's users and those that manage it.

Adding this now familiar, consumer-style accessibility to a core CAFM system can do more than simply offer a wider-reaching and faster-reporting mechanism for booking and responding to FM matters.

The democratising of access to facilities services at app level can encourage entire workplace communities to contribute to the success of the facilities they occupy. And by allowing these apps to be branded for the employer and their facilities service provider, end users get to associate the service with the named provider.

The socialising of FM

This could all be dubbed 'consumerised' FM; the use of apps to advise hospitality that a washroom tap is faulty, all through a familiar-looking user interface that sits among many others for emailing, web browsing, Amazon, Candy Crush and so on - will make interaction between end user and facilities service provider second nature.

FSI's approach has been to champion single-purpose apps rather than one all-encompassing 'Your FM' app. Part of the psychology behind this approach is the elimination of the notion that a user must enter a separate 'FM world' to effect a transaction. Single-purpose functionality keeps the transaction simple, eliminating endless drilling down through multiple layers.

To encourage take-up and widespread use of the apps, an incentive scheme could be adopted. For example, people reporting faults or incidents may receive benefit by way of prize draws for those who file a report, or be given a loyalty reward for, perhaps, every 10th report received.

Making facilities services accessible through smartphone apps has the potential to unshackle the FM function from the humble desktop PC, connecting its future success to faster-moving hardware and software developments in the mobile device world. Suddenly there's a link to the rapidly emerging world of voice interaction hardware and intelligent assistants ("Alexa, block me out the second-floor meeting room tomorrow morning") or the next generation of wearable technology (sensors recording building user heart rates in a specific space, for example) - all of which provide considerable potential for influencing how the FM service is crafted and provided in the years ahead.

Using smartphone apps has the potential to break down existing conventions and the traditional ways of providing hard and soft FM processes, just as drones have changed significantly how the surveying of buildings is conducted. Crucially, these apps will recognise that all stakeholders at a location have their parts to play in contributing to the success of the site and of the organisations that occupy it.

Finally, there's the potential for newly empowered end users to feel better disposed to the organisations for which they work and from whom such new influencing power has been given. All of which can feed in to a potentially raised profile for the wider FM function.