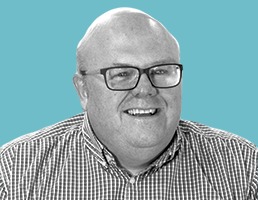 Smoke control systems, activated when a fire breaks out, remove hot, hazardous smoke or compartmentalise it to allow for clearer escape routes and firefighter access. But there are informed choices to be made, says Bob Gate.

When you're specifying a smoke control system you have choices. Choice of installer, choice of product manufacture or range and choice of budget level and system control.

A  life-saving system is one that works with each element in communication with a central governing computer. If a smoke detector is activated, it will signal the controls, which will start up fans, open or close the correct dampers and activate vents to allow fresh air in and smoke out. If the system fails at any point, the flow of smoke behaviour - so lovingly modelled in computational fluid dynamics (CFD) before the system was installed - simply won't go to plan and the risk to people in the building will increase dramatically.

This control system is governed by a predetermined cause-and-effect protocol, made bespoke for each building. But the system itself can be compiled in several different ways - again, with choices.

Here, we look at open versus closed protocol - two different ways of achieving the same goal.

Smoke control systems require upkeep, constant vigilance and must be adapted each time anything changes in the use of the building.

Pre-construction, a smoke control contractor should work with the building designer to ensure that all relevant legislative requirements are met, with key considerations including the use of a building, its height and the distance of planned escape routes.

A residential tower block may require protection for each lobby, with a smoke shaft installed to channel smoke up and away from the fire floor while preventing it from spreading to other floors.

A large factory unit may require roof vents (which can also be used for lighting and climate control) and an underground car park may require impulse fans to push localised smoke towards an extractor fan arrangement.

Shopping malls introduce complexity with mezzanine levels and might require the addition of smoke curtains to aid in compartmentalisation to stop smoke spreading but also preventing it from lowering too fast. Then there are dampers to consider, segregating areas of ductwork to stop smoke moving throughout a building.

You could compare open protocol to something like a Linux or even Windows PC setup, while closed protocol more obviously parallels Apple's iOS-based platforms. Which is to say that the latter is a walled garden of curated technology, creating an aura of seamless integration, easy compatibility and low maintenance that many consumers seem to enjoy in spite of the significant financial premium it demands over a more loosely structured (open protocol) arrangement where prices are dictated naturally by the market and user freedom of choice is rife, but where guarantees of compatibility do call for a degree of user experience or understanding.

Any number of manufacturers' products can link up to an open protocol control system - the developer of the core system deliberately opens it up to be understood by other manufacturers. This creates freedom in the market and promotes competition, so pricing is often keener for open protocol systems. It also means freedom of choice in terms of system components and installers to ensure that your building's needs are met, with the option to switch these up as needs alter. It makes upgrading components easy on a per-item basis and it allows systems to be specified precisely.

A closed protocol system can offer a guarantee of compatibility. The code for the controls is a closely guarded secret and only 'approved' products will work. If you buy this approved compatible equipment, it should work with the system without hiccups.

But once you select a closed protocol system, the cuffs are on. Want to upgrade a piece of kit? Want to get your hands on the latest tech? It might not be possible. This approach leads to dependence on one supplier for everything from spares to upgrades, and that means a less competitive marketplace and less chance to make best-value choices.

Maintenance is what keeps a smoke control system relevant, and that's where the issue of open versus closed protocol really comes into the light.

With a closed protocol, you're supposed to get your maintenance support, system upgrades, spares and product replacements from a sole supplier - a supplier with no obligation to look at its prices and no obligation to ensure you stay at the cutting edge.

An open system welcomes new technology and maintenance from anyone qualified with, for example, the FIRAS accreditation.