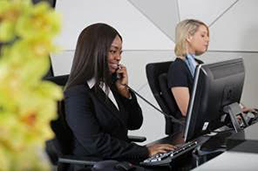 Facilities management company ISS has seen group revenue fall by 1 per cent compared with the same period last year, according to its interim report.

The latest bulletin from the Copenhagen-based company, covering the period from 1 January to 30 September 2016, states that group revenue was Danish Krone 58.6 billion (£7.082 billion). Organic growth amounted to 3.6 per cent, while the impact from currency effects and acquisitions and divestments, net, reduced revenue by 4 per cent and 1 per cent, respectively.

Organic growth was mainly driven by a good performance in emerging markets and contract launches in the Continental Europe and Northern Europe regions.

In the first nine months of 2016, ISS's operations in the UK experienced no meaningful Brexit-related impact, adds the report.

But the statement added: "In recent weeks, we have seen some increased pressure on food costs following further weakness in the GBP. However, the vast majority of our services are produced, delivered and invoiced in GBP with minimal exposure from imported components and hence a low level of transactional risk.