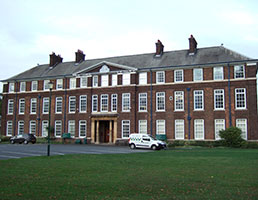 Sodexo has won the 10-year catering contract worth £5 million at the University of Nottingham's new David Ross Sports Village, which opens next month.

Sodexo will run The Clubhouse, a sports café, in the £40 million sports complex at Nottingham's University Park campus.

The company currently operates five outlets at the university's Sutton Bonington campus, on the border of Nottinghamshire and Leicestershire, 10 miles south of the main university site.

The café will serve healthy and nutritious food, with a focus on salads and smoothies. Matt Dawson, former England rugby world cup winner and Sodexo's health and well-being ambassador, has advised on the menus to make sure they incorporate the latest thinking on sports nutrition.

Sodexo will employ 12 people at The Clubhouse.

Work began on the sports village in March 2015 and is being supported by Nottingham Law alumnus and Carphone Warehouse founder David Ross.