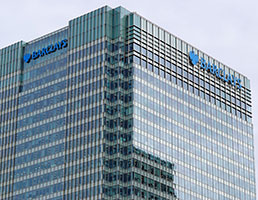 ISS has signed initial terms to extend its global integrated services contract with Barclays until 2022.

The deal is an extension to its original contract, signed in 2012, which FM World understood to be worth between £200 and £300 million a year at the time.

The partnership, which ISS describes as its "largest contract", sees the service provider self-deliver integrated FM services to 1,600 sites in the UK, Europe, the Americas, Asia-Pacific and the Middle East.

Jeff Gravenhorst, ISS's group CEO, said: "We are proud and honoured about the opportunity to extend the agreement with Barclays, which is a very special customer for ISS. The extension is testament to the level of trust and the partnership we have built with Barclays over the last five years.

"Everyone at ISS who is involved in this extension is fully committed to continuing the growth of this relationship and collaborating further to exceed Barclays expectations."

ISS says that it will issue a separate company announcement after a "final and binding" extension agreement between the parties has been signed.