Rise of the smart building is upon us, says report 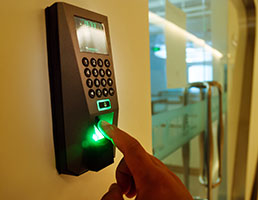 The prevalence of smart building systems is likely to increase and become functional over the next 12 months, says a British Land report co-produced with Worktech Academy.

It adds that by 2020, the physical infrastructure of an office building - and what office workers themselves carry or wear - will be part of one complete smart system, generating and autonomously acting upon all kinds of data.

Smart buildings involve the generation of intelligent building management systems that bring different systems and services together over one single network. The advent of open-source protocols allowing these services to be programmed to talk to each other for the first time will lead to an increase in the number of smart buildings, according to the report.

The Internet of Things (IoT), which can connect all the devices in a building, will generate "large amounts of useful data", states the report.

"We have become familiar with today's office buildings having a main BMS that controls critical environmental systems such as heating, ventilation, air conditioning and power. However, all other systems, such as lighting, security, access services and occupancy sensors, run off separate subsystems, each with their own control panels and applications. That means there is no proper coordination between systems. Next-generation, intelligent systems, however, change all that. The key systems and services are connected over an open internet protocol (IP) network."

The report says that over the next 12 months more open protocols will come on stream and start to communicate with each other.