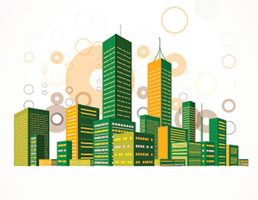 A "cost-effective" certification system for promoting healthy workplaces in existing buildings has been launched in the UK today.

The Fitwel Certification System, created as a joint initiative led by the USA's General Services Administration (GSA) and the Centers for Disease Control and Prevention (CDC) was piloted in 89 public buildings across America for five years before launching in the UK.

Fitwel provides 63 "cost-effective design and operational strategies for enhancing building environments to improve occupant health and productivity", according to Joanna Frank, executive director at the New York-based Center for Active Design, which operates Fitwel in the US and beyond.

Each strategy is linked by scientific evidence to one of the seven health impact categories including what aspects of environment instills feelings of well-being, what reduces morbidity and absenteeism and what promotes occupant safety. Frank told FM World that the certification system is about "getting knowledge into everyone's hands" that can be used for any business for a small fee.

Frank who was talking at the Active Working Summit in London, said: "We are interested in lifting the base for everybody and that means having an egalitarian approach so that it does not matter where organisations are now as a workplace but showing them that there is something they can do and there's a way they can use Fitwel to benefit their employee or the environment - that's the point."

According to Frank, a lot of the work required to obtain a Fitwel certification is operational, with responsibility for changes falling to facilities and building managers. She said Fitwel could fit into an organisation's renovation, refurbishment and refitting programs.

"Pest management polices, procurement contracts for food vendors, the way you stock a vending machine - all of those aspects which are operational but have a big impact on people's behaviour is where changes could be made," she said.

The certification had a 'beta launch' in the US four weeks ago, and the Center for Active Design has been "inundated with interest by companies who you would not think would be into health", added Frank.

Fitwel works by using criteria like the location of a company, then assesses how employee behaviour responds to it and what an organisation can do to make it a healthier place to work in. The certification tool contains 3,000 footnoted 'peer-reviewed' studies backing up what it recommends.

In the US there are 50 projects already certified by Fitwel and in the UK, three are in the process of being certified. UK engineering firm Integral has already completed the certification programme.