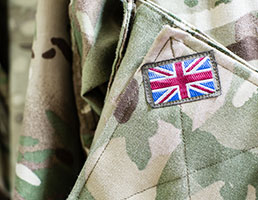 A Carillion joint venture has been awarded two contracts under the government's Hestia programme by the Defence Infrastructure Organisation (DIO), with a core value of £158 million excluding retail sales.

The Hestia North, and Scotland and Northern Ireland soft facilities management multi-activity contracts follow on from the award earlier this year of the South-East and London contract by DIO to the joint venture.

The DIO, which supports and maintains buildings and infrastructure for the armed services, is part of the Ministry of Defence.

The two new contracts have a core revenue value of £158 million over the initial contract period of five years, but contain the opportunity to double that figure in the same period through catering and retail sales.

The Carillion joint venture will deliver soft facilities management services, including catering, retail and leisure, together with hotel and mess services.

The Hestia North contract will employ about 1,500 people, covering 130 military establishments, and will go live at the beginning of January 2018.

The Scotland and Northern Ireland Region contract will go live at the beginning of November 2017 covering another 103 military establishments, and will employ about 1,030 people.