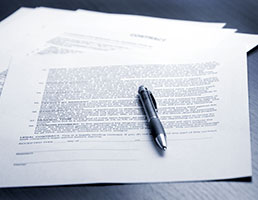 Oxfordshire County Council is to exit a significant proportion of the contract with Carillion that sees the latter provide many services on the council's behalf.

According to a statement, Oxfordshire County Council said: "Constructive negotiations have been ongoing for many months and both parties have now reached a mutually beneficial agreement, which involves no termination costs for the taxpayer and allows for changes to the contract that were not efficient for either side."

The council said the key area of the contract that will remain in operation is facilities management - the work that takes place to ensure the general upkeep and day-to-day operation of council buildings. A review is to be carried out to ensure that this operates in the best way for the council.

The original deal was signed in 2012 and the council states that the "vision at that time was that it would last for 10 years through to 2022. Since 2012 the council's policies and strategies - particularly in relation to property and its estate - have evolved in such a way that the tie-up with Carillion makes less commercial sense now than it did in 2012".

New arrangements for the design and construction element of the contract that has been terminated will take effect later this year on September 1. These will be procured externally.

One element of the contract - strategic asset management - had already been agreed to transfer back to being directly run by the county council. This is on track for a transfer date of August 1. The council will continue to work with Carillion on a non-exclusive basis to deliver elements of strategic asset management where it is in the council's interest to do so to meet its corporate and financial objectives.

Councillor Lorraine Lindsay-Gale, cabinet member for property of Oxfordshire County Council, said: "Carillion have been in partnership with the county council since 2012, providing key support services such as routine property management, facilities management, energy management and the design and build of capital work such as building new schools and new classrooms.

"The world has changed since 2012. The council has different ideas on how to maximise the value of its estate. There is a mutual recognition of this change between ourselves and Carillion, hence the willingness for both parties to enter the negotiations which concluded successfully recently."