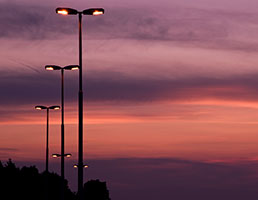 Infrastructure and highways services provider Amey has secured a new contract with East Renfrewshire Council to upgrade, maintain and repair street lights for the local authority.

The contract, which will run for the next four years, will be worth over £2 million.

Amey will provide maintenance, repair and replacement services for the council's 15,000 street lights, 1,000 illuminated signs and traffic bollards, including a 24-hour emergency cover for any incidents on the road network.

The company has managed the street lighting service in East Renfrewshire since August 2012. The new contract builds on the previous one by continuing work to replace street lights with new LED lanterns, which are more efficient and cost effective for the council. This requires "sophisticated civil infrastructure work to upgrade existing cable networks".

Amey currently operates street lighting services on a number of contracts, including for North Lanarkshire Council, Transport Scotland and Highways England, managing a total of more than 600,000 street lights across Scotland and England.