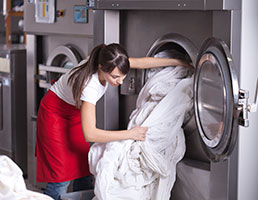 Over the past four years, the facilities management sector has see a rising level of cross-border deals as international buyers either look to acquire a platform or build up their presence in the UK.

Financial planning firm Clearwater International says that in 2013, about 24 per cent of UK targets were acquired by foreign companies.

This number has now risen to 36 per cent, with growing interest from the US, but primarily French headquartered companies have accounted for 18 per cent of all deals in the past 12 months.

The trend was further illustrated in June, says Clearwater, as French laundry services group Elis SA announced the acquisition of UK peer Berendsen plc. The £2.17 billion deal is "transformational" for Elis, which will become a pan-European leader in the linen and workwear rental, laundry services and hygiene market with combined revenues of 3.3 billion.

The timing of the deal is shrewd, says the financial adviser, as Elis is looking to benefit from Berendsen's subdued share price following profit warnings in March and October last year. The deal reflects a 44 per cent premium to Berendsen's 17 May closing price.

In the same month, EDF Energy Services, a joint venture between EDF Energy and Dalkia, sought Clearwater International's advice on a deal to buy Imtech UK & Ireland from Endless LLP.

Clearwater says the acquisition will be "critical for EDF Energy Services in bringing technical capability to support the full life cycle of an asset, from design through to maintenance, and also helps to further the group's international expansion strategy".