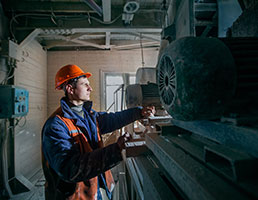 Young adults who are employed on zero-hours contracts are less likely to be in good health, and are at higher risk of poor mental health than workers with stable jobs.

Researchers from the Centre for Longitudinal Studies at UCL Institute of Education (IOE) analysed data on more than 7,700 people living in England who were born in 1989-90 and are being followed by a study called Next Steps.

They discovered that by age 25, people on zero-hours contracts and those who were unemployed were less likely to report feeling healthy, compared with those in more secure employment.

Those on zero-hours contracts were also at greater risk of reporting symptoms of psychological distress. And young adults who were unemployed were more than twice as likely to suffer from mental ill health compared with those who were in work.

Also, although shift workers were at no greater risk than those working regular hours to be in poor health, they were more likely to have psychological problems.

Lead author Dr Morag Henderson said: "Millennials have faced a number of challenges as they entered the world of work. They joined the labour market at the height of the most recent financial crisis and faced higher than ever university fees and student loan debt.

"There is evidence that those with a precarious relationship to the labour market, such as shift workers, zero-hours contract holders and the unemployed are more at risk of poor mental health and physical health than their peers.

"One explanation for these findings is that financial stress or the stress associated with having a low-status job increases the risk of poor mental health. It may also be that the worry of having no work or irregular work triggers physical symptoms of stress, including chest pain, headaches and muscle tension."

Two-thirds of 25-year-olds were employed full-time, one in eight (12 per cent) was employed part-time, and 7 per cent were unemployed. Around a quarter (23 per cent) worked shifts, and 5 per cent had zero-hours contracts.

By occupation, the largest proportion of young adults (15 per cent) occupied professional roles, such as teachers, engineers and accountants. Another 14 per cent worked in professional support roles, including paramedics, librarians and pharmacists, 9 per cent were in administrative or secretarial occupations, and 8 per cent had manual roles, such as general labourers and forestry workers.

The findings took into account background factors such as gender, ethnicity, social class, prior mental health, sleep duration, frequency of exercise and weight.

Craig Thorley, senior research fellow at the Institute for Public Policy Research, said: "Efforts to improve the UK's mental health must recognise the important relationship between health and work. More people than ever are working on zero-hours contracts in the UK, and this new data shows this to be contributing to poorer mental health among younger workers.

"Government and employers must work together to promote better-quality jobs which enhance, rather than damage, mental health and well-being. Without this, we risk seeing increased demand for mental health services, reduced productivity, and more young people moving on to out-of-work sickness benefits."

London (Greater)
Up to £47,276 per annum plus excellent benefits
Reference
59097
END_OF_DOCUMENT_TOKEN_TO_BE_REPLACED