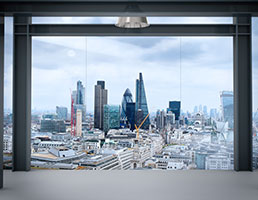 Europeans were the most active office investors in central London in Q2 2017 for the first time since Q2 2012, says global real estate adviser CBRE in its latest report.

European investors accounted for 36 per cent of all office transactions. with the largest proportion coming from Germany, as they competed with Asian investors for the best properties. The two largest transactions of the quarter were sold to German investors, including the £485 million sale of Cannon Place to Deka Immobilien and 2&3 Bankside to Deutsche Asset Management for £310 million.

For the 15th quarter in a row, overseas buyers were the largest investor group, accounting for 71 per cent of office transactions in Q2 2017.

Indeed, the five largest transactions were all to overseas buyers, highlighting their continued appetite for large lot sizes in the capital. Asian investors represented the second-highest proportion of investment, making up 26 per cent of the total.

However, Asian buyers were the largest investors in H1 2017, having invested a total of £3.2 billion in the capital so far this year.

A total of £3.1 billion was transacted in the quarter, on par with transaction levels in Q2 2016. In H1 2017, a total of £8.2 billion of office sales were transacted, 13 per cent ahead of the corresponding period last year.

Once again, investment volumes were driven by large lot-sized deals with 12 transactions of £100 million or more in Q2 2017, building on the momentum of Q1 2017 when 13 transacted. By contrast, there were only five deals over £100 million in the second quarter of 2016.

James Hammon, head of West End investment, CBRE, said: "Appetite from overseas investors for large lot sizes with long, secure income continues to be a key feature of the London market this year and Q2 2017 has proved no different. Pricing has remained firm for this type of building and the high level of stock currently under offer demonstrates how London remains a top priority for global investors. We expect this to translate into stronger transaction levels in Q3 and the final quarter of the year."