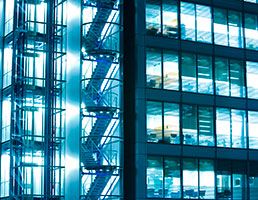 UK prime commercial property rental values increased by 0.7 per cent on average over the second quarter of 2017, according to the CBRE's latest Prime Rent and Yield Monitor.

At the national level, prime yields fell by -5bps [basis points] over the quarter. Movement in both prime rents and yields was driven by industrial sector performance.

For the third consecutive quarter, the industrial sector recorded the largest increase in prime rental values of the main sectors.

In Q2 2017 prime rents in the office sector fell -0.2 per cent, but with a distinct regional divergence. Central London prime rents fell for the third consecutive quarter, falling -1.3 per cent in Q2, thanks to decreases of -1.5 per cent and -1.8 per cent recorded in West End and City offices respectively.

Elsewhere, M25 North office rents rose by 3.2 per cent and Rest of UK Office prime rents increased by 1.0 per cent, pushed up by strong performances in Yorkshire & Humberside (2.1 per cent), Eastern (1.6 per cent), and West Midlands (1.7 per cent).

Prime yields fell by -5bps across UK commercial property over Q2 2017. At the sector level, Offices and Shops saw little yield fluctuation, with changes of -2bps and +1bp respectively.

Miles Gibson, head of UK research at CBRE, said the results demonstrated "the resilience of the prime commercial property sector, although growth appears to have slowed slightly. Despite earlier fears, this quarter's political events, notably the UK general election, have had no noticeable effect on performance of prime UK property".