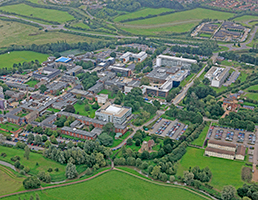 Facilicom Cleaning Services has extended and expanded a cleaning contract with the Open University (OU).

The service provider has been working with the OU for several years and the new contract cleaning agreement covers nine locations including the 118-acre site of the OU headquarters at Walton Hall in Milton Keynes, as well as campuses in Belfast, Cardiff, Dublin and Edinburgh.

Facilicom uses the OU's headquarters to test new equipment and machinery before rolling it out to other sites and clients. The OU actively encourages this approach, with an agreement that Facilicom trials least one innovation a month at Walton Hall.

Jan-Hein Hemke, Facilicom's managing director, explains: "The OU pays the Living Wage and treats Facilicom colleagues as part of the team, valuing their well-being. This has extended to involvement in initiatives such as cycle to work days.