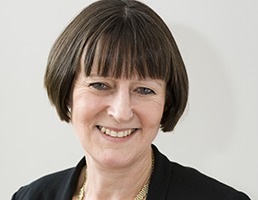 Jane Farrell, the new head of security at Sodexo, has become the first female chair of the International Professional Security Association (IPSA)
in its 59-year history.

Farrell was unanimously elected at a meeting of the IPSA International Council in London on Friday (27 July). She has been deputy chair since 2014.

She takes over as security head, a promotion from her previous role of FM development manager.

Farrell is now responsible for Sodexo's £45 million of security business in the UK & Ireland, its 2,000 security personnel across 280 client sites, and Sodexo's central security control room in Salford, Greater Manchester.

She founded and drives the Sodexo Women in Security group to promote greater gender diversity in the role. Currently 17 per cent of Sodexo's security employees are women.

Earlier this year, Farrell, who has been with Sodexo for 35 years, won the transformational leader category at the Northern Power Women Awards for her work in promoting gender balance in the industry.

Justin Bentley, IPSA CEO, said: "Her familiarity with both the association and the security industry make her the perfect person to keep the association moving forward. Her vast experience in training and quality fit perfectly with the ethos of the association."

Farrell said: "I look forward to working with the management board, international council and other industry bodies to expand the benefits of belonging to IPSA to our members."