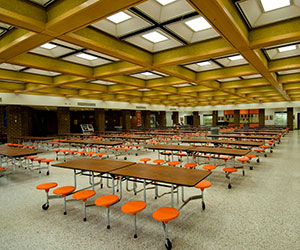 Norse will work closely with the kitchen team at Dereham Neatherd High School in Norfolk, which has transferred to Norse. The school has an established 'Food for Life' catering facility.

The company said that the contracts, worth around £1.07 million, demonstrate its "significant growth in the secondary and further education market".

Norse has renewed a three-year contract with Moulton School in Suffolk, and  has signed a new three-year agreement with Cambridgeshire Fire and Rescue, in deals worth more than £183,000.

Seventy-eight staff will move to Norse under TUPE regulations under the contracts.

Cleaning division operations director Robert Trewick said: "Confirmation of these contracts, with prestigious educational and blue-light sector clients, are a great start to our new financial year and a clear endorsement of the high levels of service that Norse provides."