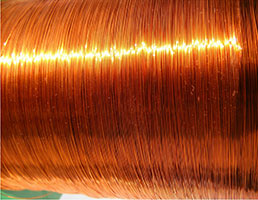 Facilities managers are being warned that rising copper prices coupled with an easing of regulations could give rise to an increase in theft of the metal.

With the price of copper on the London Metal Exchange having increased by 50 per cent in little over a year, both security specialists and metal industry bodies have suggested that companies with copper supplies or assets should be extra cautious.

Furthermore, the risk has been exacerbated by an easing of oversight and enforcement over scrap metal dealers, with the closure of a metal theft task force singled out for particular criticism.

"We're seeing a combination of factors coming together that could easily foster a rise in metal theft," said Peter Lalor, managing director of VPS Site Security.

"Not only have metals like copper and nickel started to rise in value again, but all the enforcement agencies work and regulation checks are falling away at the same time."

Highlighting the continuing risk of theft of the metal, VPS pointed out that incidents of theft of copper cable from rail network still occurs five times a week, while also noting that despite the fact that scrap metal dealers are legally required to be licensed, many are operating without valid documentation.

Earlier this week, the British Metals Recycling Association suggested that the cuts to enforcement had resulted in there being little appetite from law enforcement to go after scrapyards that were openly paying cash for scrap metal, increasing the incentive for thieves to attempt to steal the metal.