Construction calls on government to stall the sector's slowdown 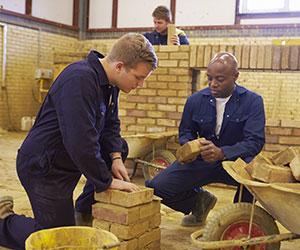 Survey data collected in August indicates that the UK construction sector continued to experience a slowdown this summer.

There were also signs of a sustained soft patch ahead, with new business volumes falling for the second month running.

As a result, construction firms exerted greater caution in terms of their staff hiring - employment numbers rose at their slowest pace since July 2016.

The latest reading was down from 51.9 in July and pointed to the weakest overall UK construction performance since August 2016. A key reason for the slowdown was a lack of new orders to replace completed projects, according the survey respondents.

Mark Robinson, Scape Group chief executive, said: "Economic uncertainty continued to plight construction output once again in August, as the road to Brexit recovery continues to get longer. It's particularly unsettling to see that employment numbers rose at the slowest pace in over 12 months.

"In these uncertain times, the government must focus on building schools, housing and infrastructure to boost confidence, productivity and improve the competitiveness of the UK economy in a post-Brexit world. However, this will only be possible if efficiencies are made, and new ways of working are adopted to produce better outcomes.

"Perhaps more worrying for the long term is the gaping skills chasm we are experiencing in the UK. We need to see the government deliver structural reforms which focus on broadening the skills base - giving greater consideration to the role that women and apprentices can play - particularly whilst a question mark hovers over the heads of our EU migrant construction workers, who make up such a crucial part of our workforce."