Property guardians should adhere to a mandatory standard 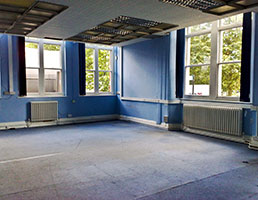 A standard to ensure that property guardians operate to the minimum level of requirement should become mandatory, the London Assembly Housing Committee heard this week.

Woolgar said he and others at the BSIA had devised a code of practice for property guardians as a part of the British Standard Vacant Property Protection services guidelines.

"We worked with the British Security Industry Association back in 2015 because at the time there was definitely a problem with guardian companies on the market not adhering to minimum and statutory standards," he said.

It also includes details such as notice periods required, monthly inspection protocols, what the client should be receiving such as heating, hot water and other basic standards.

Woolgar said the standard "has been published and the next step would be to have a body to implement it because "if you had a body to monitor and regulate the industry, then anyone who starts a guardian company would have to adhere to that minimum code of practice".

London (Greater)
Up to £47,276 per annum plus excellent benefits
Reference
59097
END_OF_DOCUMENT_TOKEN_TO_BE_REPLACED