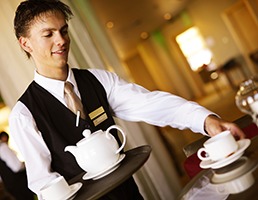 The BIFM is urging the government to ensure that any future migration policy is evidence-based and meets the skills of the British economy and its industries.

Sofie Hooper, senior policy adviser, said: "Given the government's stated aim to develop an evidence-based migration policy on migration, it is surprising to see some of the restrictive proposals contained within the leaked draft document.  Especially given that the Migration Advisory Committee (MAC) is still gathering evidence and collecting feedback from stakeholders.

"In parts of the FM industry, up to 24 per cent of the workforce are EU nationals, displaying a variety of skill levels. While BIFM members are contributing to the upskilling of the UK workforce, the FM industry faces a skills gap due to demographic changes and a lack of applicants with the right aptitude. A flexible migration policy is needed to help mitigate the industry's skills gap so that it can fulfil its potential.

"BIFM will continue to engage with the MAC's call for evidence and will submit a response by the deadline at the end of October."

A BIFM Leaders' Forum is due to take place at the end of September, bringing together industry thought leaders to discuss in greater detail what the sector needs from a future migration policy.

Hooper added: "BIFM will also engage with the relevant political audiences, to ensure that any migration policy is not just evidence-based, but also recognises the unique skills needs of the industry so that the UK's FM industry can deliver its potential of a £20 billion uplift to the UK economy by enabling an effective workplace to the UK's businesses."

Following June's general election, BIFM released its priorities paper for the government, in which it called for an immediate guarantee of the right to remain for EU nationals already contributing in the UK and the development of a flexible migration system that allows continued access to appropriate levels of labour from the EU and beyond. The paper can be found here.