Carillion culls staff in latest of long line of upheavals 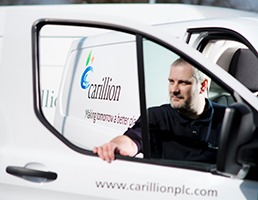 Since joining Carillion in 2008, Mercer has held several senior positions, most recently finance director of the UK construction business, before which she was chief financial officer and senior vice-president of Carillion Canada.

Andy Jones, currently president and chief executive of Carillion Canada, has been appointed chief operating officer and takes up this role on 1 October 2017.

In addition, the company has announced that Richard Howson, chief operating officer, Adam Green, managing director Carillion Construction Services and Nigel Taylor, managing director Carillion Services, will be leaving the company on 30 September. Shaun Carter, group strategy director, will be leaving the firm by the end of the year.

In July, Carillion reported a dip in profits and revealed that Richard Howson had stepped down as group chief executive and from the board. It then launched a strategic review.

It then announced that it had appointed professional services firm EY to support its strategic review with a particular focus upon cost reduction and cash collection.

Later in July, FM World also reported that Oxfordshire County Council planned to exit a significant proportion of the contract with Carillion that sees the latter provide many services on the authority's behalf.