Don't sweat it: London is not world's most-stressed city 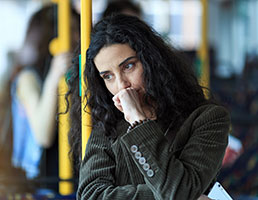 London is only the 70th stressful city in the world, according to a study commissioned by dry cleaning firm Zipjet.

The most stressful international big city was Baghdad - in 150th place.

Researchers studied 500 locations based on data relating to the cities themselves, pollution, finance and the citizens.

Within these they analysed criteria such as traffic, security and mental health issues.

This determined a ranking of 150 cities - the 150th being the most stressful - which highlights the most and least stressful cities with available data on all factors relating to the study.

Other UK cities in the list included Edinburgh at 7th place, which was the least-stressed British city - with Leeds ranked at 31st, and Southampton ranked 36th. Liverpool was 41st and Bristol 43rd and Glasgow 45th.

Leicester and Birmingham were 50th and 54th, respectively, while Manchester came in at 65th.