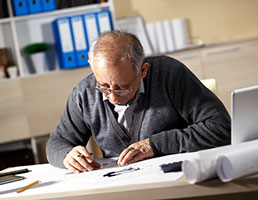 More than five million workers over the age of 50 are concerned that health issues will prevent them from prolonging their working lives, reveals Aviva's latest Real Retirement research.

Half (55 per cent) admit to fearing that work will become detrimental to their health or they might not be well enough to keep working, including 13 per cent who say this is already an issue for them.

Aviva calls for more support from employers as only 14 per cent of older workers say their workplace culture is positive towards them.

Fewer than one in five (17 per cent) over-50s workers say they have access to well-being advice and initiatives in the workplace that could help prevent health issues from impacting their careers.

Although Aviva's research suggests that the average worker over 50 expects to retire completely at 66, many intend to work into their late 60s and beyond.

Nearly half (48 per cent) now expect to work past the age of 65 - the former default retirement age - including nearly one in four (23 per cent) who plan to work beyond 70 and 13 per cent who do not expect to ever fully retire. Two in five (41 per cent) don't know when they'll be able to retire fully.

Those retiring later than planned are partly doing so out of financial necessity. Two in five (43 per cent) do not have enough in their pension savings to retire when they wanted to and 32 per cent say the cost of living means they cannot afford to stop working.

However, a third (34 per cent) choose to keep working as they enjoy the mental stimulation of their job and more than one in four (27 per cent) would be lonely without the social interaction.