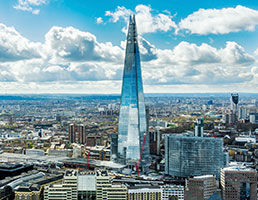 The Council on Tall Buildings and Urban Habitat (CTBUH) is pleased to announce that Steve Watts has been confirmed to become the organisation's next chairman.

Watts is a partner at Alinea consulting, a cost consultancy headquartered in London that provides independent cost, value, procurement, and risk management advice.

He will succeed current chairman David Malott at the CTBUH 2017 Australia Conference in October, where the gavel-passing ceremony will take place.

Watts' appointment marks the first time the CTBUH chairmanship has gone to the UK, as well the first time it has passed to the cost consultancy profession. Watts has been involved with the council for more than a decade and has sat on its board of trustees since 2011, also acting as treasurer. He has been the council's UK representative since 2009 and also helped to set up the formal CTBUH UK chapter, which he has chaired since 2015.

Watts has worked on a number of towers - including The Leadenhall Building, The Shard, and currently 22 Bishopsgate in London, in addition to a number of international commissions - and has presented extensively on the subject of tall buildings economics and related subjects over the years.