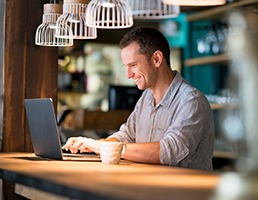 The UK appetite for flexible working has been grossly underestimated, according to research by recruitment company Timewise.

The proportion of full-time workers who are already working flexibly (63 per cent) far surpasses previous estimates, let alone the proportion of people who would prefer to (87 per cent), states the research.

The findings also confound the idea that flexible working is only of business interest as a solution to diversity and inclusion problems. It may well help to solve those problems, but the demand for flexible working goes much further - cutting across all ages and genders.

To attract the best talent, it is clearly no longer sufficient to have a flexible working policy in place, offering flexibility only to existing employees on request.

Employers must build a proactive flexible working strategy that makes it part of 'the norm', and opens it up to all employees equally, rather than targeting it at specific groups.

? The preference for flexible working is strong for both sexes; 84 per cent of male full-time employees either work flexibly already, or say they want to. For women this rises to 91 per cent.

? Younger workers want it most; 92 per cent either work flexibly or say they want to.


? Among the different types of flexible working patterns, 1 in 4 (25 per cent) of all full-time employees would specifically prefer to work part-time for part-time wages.


? 93 per cent of non-workers who want a job would prefer to work either part-time, or flexibly in a full-time role.

Timewise commissioned the survey from ComRes, who interviewed 3,001 UK adults online between 13th and 26th June 2017. Within these sub-samples were 1,250 full-time employees; 750 part-time employees; 500 self-employed people, and 501 people who were not working but wanted to work.

All participants were over 18. The data for full-time employees and for part-time employees was weighted to be representative of the UK working population for those employment types; other data were unweighted.

This week it is National Work Life Week - an opportunity for "both employers and employees to focus on well-being at work and work-life balance".