Loneliness is the scourge of modern workers, says former US Surgeon General 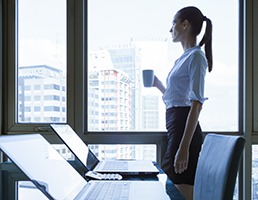 Loneliness is the biggest health epidemic facing workers today, according to Vivek Murthy, the former United States Surgeon General from 2014 to 2017.

Writing in the Harvard Business Review, Murthy says: "At work, loneliness reduces task performance, limits creativity, and impairs other aspects of executive function such as reasoning and decision-making. For our health and our work, it is imperative that we address the loneliness epidemic quickly."

Murthy adds: "Loneliness and weak social connections are associated with a reduction in life span similar to that caused by smoking 15 cigarettes a day, and even greater than that associated with obesity. But we haven't focused nearly as much effort on strengthening connections between people as we have on curbing tobacco use or obesity. Loneliness is also associated with a greater risk of cardiovascular disease, dementia, depression, and anxiety."

In the workplace "new models of working  such as telecommuting and some on-demand 'gig economy' contracting arrangements  have created flexibility but often reduce the opportunities for in-person interaction and relationships".

"And even working at an office doesn't guarantee meaningful connections: People sit in an office full of coworkers, even in open-plan workspaces, but everyone is staring at a computer or attending task-oriented meetings where opportunities to connect on a human level are scarce," says Murthy.

He says initiatives like happy hours, coffee breaks, and team-building exercises are designed to build connections between colleagues, but questions if they really help people develop deep relationships.

"On average, we spend more waking hours with our coworkers than we do with our families. But do they know what we really care about? Do they understand our values? Do they share in our triumphs and pains?" he writes.

Murthy says loneliness at work and poor social connections are not just bad for our health, but also for business.

The full article can be found here.