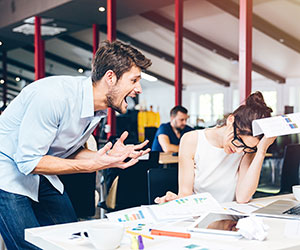 Rudeness and bullying are rife in the workplace, according to a new book by Stanford University professor published last month.

Professor Bob Sutton's The Asshole Survival Guide: How to Deal with People Who Treat you like Dirt says that bullying bosses especially impose costs on people and organisations that are "manifold - and often hidden".

He says hundreds of experiments show that encounters with rude, insulting, and demanding people undermined worker performance including decision-making skills, productivity, creativity and willingness to work harder and help coworkers.

He concluded that workplaces should adopt "a no-asshole rule" whereby workplaces "enforce the standards, weave them into hiring and firing policies, and apply them to customers and clients, with the goals of creating a culture of small decencies".

He recommends a five-point action plan that encourages managers in positions of power to be aware, communicative and humble about their own behaviour and how it contributes to the overall culture of a workplace.