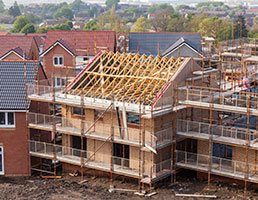 The government has confirmed plans to increase funding for affordable homes by another £2 billion to more than £9 billion.

The number of homes will be determined on type and location of housing, and bids received for funding. The government said the £2bn investment could supply about 25,000 more homes at rents affordable for local people.

The government said the funding would support councils and housing associations in areas where working families were struggling with the costs of rent, and where some were at risk of homelessness.

The Affordable Homes Programme will increase from £7.1bn of public funding to £9.1bn, and the £2bn extra funding could lever in total investment by housing associations and councils of up to £5bn, said the government.

A long-term rent deal for councils and housing associations in England from 2020 will also be created, ministers confirmed.

Increases to social housing rents will be limited to the Consumer Price Index (CPI) plus 1 per cent for five years from 2020, according to proposals.

The government said that previously, its affordable housing policy mainly supported 'affordable rent' - rents of up to 80 per cent of local market level - and low-cost home ownership. Support would now be extended to 'social rent' - which are lower rents, set according to national guidelines.