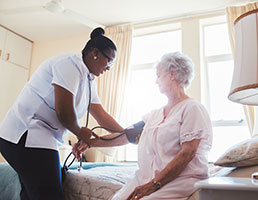 Minimum wage enforcement concerning sleep-in shifts in the social care sector has been suspended for a further month.

The government said that this was to minimise disruption to the sector as it tried to make sure workers were paid what they are owed.

The announcement follows a decision in July to waive historic penalties where workers were wrongly paid a flat-rate for sleep-in shifts instead of hourly rates, after concerns on the impact of the penalties and back pay on care providers.

The government said that the latest move would allow it to work out how back-pay bills would affect care to vulnerable people.

The government said it would develop a new scheme to help social care providers identify back pay owed to workers, and minimise the impact of enforcement of minimum wage in future.