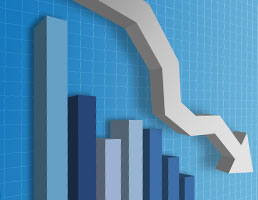 %>Support services company Interserve has seen a slowdown on its energy and waste contracts, according to an update on current trading.

It followed the company's previous bulletin on 14th September, which showed its trading had seen a slow-down in the third quarter from that reported in the first half.

In UK support services, this was driven by the continued employment cost pressures in the business, the cost of contract mobilisations, margin deterioration driven by a cost base that has not been flexible enough, and contract performance in the justice business, states the update.

The update added that the company now expected operating profit for the overall group for the second half to be about half the level of that reported in the second half of last year.

It said: "As previously announced, we are engaged in constructive and ongoing discussions with our lenders. We have engaged a financial adviser to assist us in these discussions, as well as looking at options to maximise the short and medium-term cash generation from the business.

"The company is launching a group-wide performance improvement plan, Fit for Growth, aimed at improving margin performance to industry norms. As part of this, we have initiated a series of work streams to address our operating model and the cost base of our operations, as well as ensuring that we are operating in market segments which are both profitable and offer opportunity for growth.

"We have also initiated a comprehensive contract review across both the support services and construction businesses. Work-winning in the quarter has been strong, with the order book standing at £7.4bn."

CEO Debbie White said: "Despite our challenges, Interserve has a strong client base and many strengths as an organisation and I believe there is considerable potential for business improvement across the company. My team will focus on improving our margin performance in UK support services and ensuring good contract selection in UK construction, while reducing our cost base across the company."