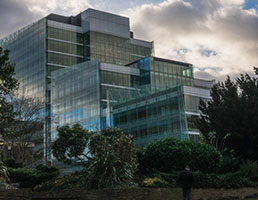 A Croydon councillor has said that if the borough's libraries service provider Carillion collapses, the council will move its frontline staff back in-house.

Carillion has been the subject of a number of upheavals lately. This week it announced the disposal of its investment in Ask Real Estate Limited.

Timothy Godfrey, Labour's cabinet member for arts and culture, who has announced that he is was standing down as a councillor next May, told independent news source Inside Croydon that he is still critical of the frequent poor service provided by contractors responsible for the London borough's parks, leisure centres and libraries.

According to Inside Croydon, Godfrey inherited outsourced services to pools, gyms, parks, and libraries from the previous Tory-run council.

Godfrey was speaking following a visit to the public library on Brigstock Road, Thornton Heath, said Inside Croydon.

He told the independent news source that he "visited the library the other Saturday and took up the broken lift, broken front door, dirty ramp, poor gardening and so forth, and passed on my significant unhappiness to the council's very good contract monitoring officer".

He added: "Carillion as a company are better known for being a building contractor, and it shows in how they operate their libraries. Carillion are also in huge financial difficulties and are in crisis mode to avoid collapse.

"The frontline staff and local management don't get the support that they deserve.

"If they do collapse then we at Croydon Council will keep the libraries open and transfer all the frontline staff back to the council.

"In the meantime, the residents of Croydon get a sub-standard service and not the libraries we all deserve."

In July, the London Borough of Hounslow announced it was terminating its contract with support services provider Carillion.

When contacted by FM World for comment, a Carillion spokesperson replied: "Carillion is committed to working with Croydon Council to deliver the services we are contracted to provide."

Also in July, Carillion reported a dip in profits and revealed that Richard Howson had stepped down as group chief executive and from the board. It then launched a strategic review.

It then announced that it had appointed professional services firm EY to support its strategic review with a particular focus on cost reduction and cash collection.

Later in July, FM World also reported that Oxfordshire County Council planned to exit a significant proportion of a contract with Carillion that sees the latter provide many services on the authority's behalf.