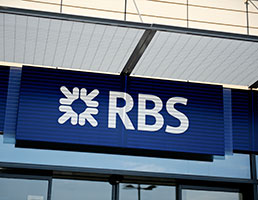 Carillion has exited a long-term support services deal for the Royal Bank of Scotland two years early, it has emerged.

The five-year contract, which Carillion began in 2014, was providing operation, maintenance and repairs to the Royal Bank of Scotland's 1.5 million-square metre estate - including the bank's branches, offices and cash and coin centres in England, Scotland and Wales.

It was implementing a new target-based operating model, designed to protect the bank from operational risks, to enhance customer experience, to introduce greater flexibility in service delivery and minimise energy use.

But a Carillion spokesman confirmed that the company had withdrawn from the deal. The spokesman said: "Carillion has jointly agreed with RBS a managed exit from the contract. This has now been carried out on mutually acceptable terms. A number of people have TUPE'd to the new provider as a result of this agreement."

This move comes amid recent upheavals and changes at Carillion including the disposal of a large part of its UK healthcare facilities management business for £50.1 million; a recent £200 million write-down of support services contracts, and the disposal of the group's 66.67 per cent shareholding in Ask Real Estate Limited (AREL) for £13.8 million.