ISS sees 2% upswing in total revenue so far this year 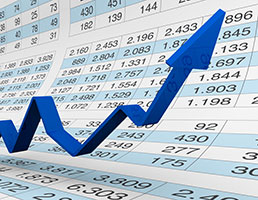 ISS gets on board with Docklands Light Railway contract

%>Support services group ISS has seen its organic revenue grow by 2 per cent in the first nine months of the year, according to its interim report for January to September 2017.

The company said total revenue increased by 2 per cent over those months as well as in Q3 (Q2 2017: 2 per cent), driven by organic growth and a positive net impact from acquisitions and divestments, partly offset by a negative impact from foreign exchange effects.

ISS's 2017 full-year operating margin expectation has been reduced from above the 5.78 per cent realised in 2016 to being in line with the level seen in 2016, excluding the impact from acquisitions and divestments as well as currency translation effects.

Jeff Gravenhorst, group CEO, ISS A/S, said: "As expected, our organic revenue growth improved in Q3, driven by contract wins and expansions with key account customers and within IFS. Our margin performance has been impacted by acquisitions, divestments and currency effects, together with short-term challenges in certain markets. This has led to an adjustment of our 2017 operating margin expectation.