Construction sector failing to 'get to grips' with Apprenticeship Levy 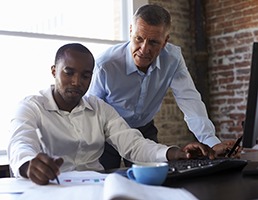 HR and operational professionals in the utilities and construction sector have admitted that they have yet to get to grips with the Apprentice Levy.

Some widely viewed it as a tax, and other managers are "simply holding fire on making decisions about setting up apprenticeships given continued uncertainty".

Chris Wood, chief executive of DTL, which specialises in the utilities, energy and construction sector, said the forum raised important issues about the need for firms to recognise the implications of the levy and to respond appropriately calling the levy "a sea change in the world of apprenticeships".

Firms have two years from their initial levy payments, which started in April this year, to draw down funds so many are taking their time before making a decision. But the way the system is structured means that delay may mean they will be unable to recoup everything they pay into the levy.

Nevertheless, several delegates warned against rushing into setting up apprenticeships, which would typically cost more to operate than would be paid for by the levy. There is also the risk that recruitment standards could be compromised by a race to hire new apprentices.

Instead, firms should look at their business needs - both in recruitment of new apprentices and training of existing personnel - and set up apprenticeships to meet those needs.

Simon Yorke, technical adviser at City and Guilds, urged businesses to see the levy as "an opportunity and investment".  He said now that firms have to pay for apprenticeships themselves they would demand a better return on that investment.