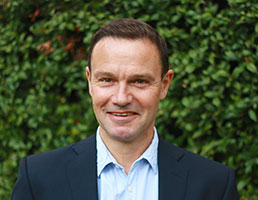 Woolf will replace current CFO Sandip Mahajan, who has been in the post since February 2017. Mahajan will take the role of chief financial transformation officer.

A Mitie statement said: "We see the appointment of Paul Woolf as a positive for Mitie. While it speaks to the considerable scale and complexity of the ongoing strategic and operational transformation of the group, his experience as CEO/CFO in public and private companies across a range of sectors should be a boost to management capacity.

"He was reportedly instrumental in the restructuring of the AA before its acquisition by Saga. Importantly, Sandip Mahajan will remain with the group to focus on the vital task of the transforming the group finance function while providing continuity during this period of swift change."

Mitie said it was due to publish its financial results on November 20, stating "we think the results themselves will be largely academic at this early stage of the turnaround, they represent a useful opportunity to take stock almost a year into the tenure of CEO, Phil Bentley".