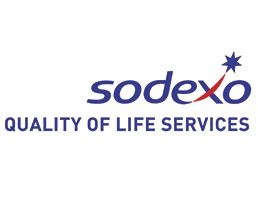 Sodexo has signed an agreement to acquire Centerplate, Inc. - a provider of food, beverages, merchandise and hospitality services at sports and entertainment venues in the US, the UK, Canada and Spain - for $675 million (£513 million) from Olympus Partners.

This acquisition strengthens Sodexo's position in the North American market, and brings the group's sports and leisure business to scale in the region.

In the UK, the acquisition supports Sodexo's strategy to grow its stadia and cultural destination portfolio. The purchase also positions Sodexo as a player in sports and leisure globally, more than doubling its footprint.

The combined entity will benefit from significant synergies gradually ramping up from the first year. The acquisition is expected to be mildly accretive to earnings from fiscal 2018.

The acquisition is subject to customary regulatory approvals and should be completed by the year's end.

Pierre Henry, vice-president of the group executive committee and CEO sports & leisure worldwide for Sodexo, said: "This acquisition is another step in our long-term strategy to become a leading player in every market in which we are present."

Centerplate, Inc. is the fourth-largest operator by revenues in the US sports and leisure market, the largest market globally. Centerplate serves stadiums and arenas, annually hosting more than 116 million guests across its portfolio of premier venues for marquee events, including 14 Super Bowls, 36 US Presidential Inaugural Balls, All-Star and Championship games for professional football, baseball, basketball, hockey, soccer, collegiate athletics, and many of North America's largest conventions.