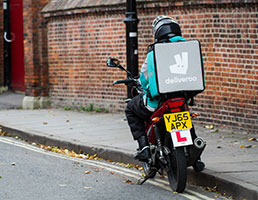 A recent Totaljobs poll has revealed that employers and jobseekers are united in calling for greater protection to be given to those who work in the gig economy.

The study of nearly 5,000 jobseekers and more than 100 employers has revealed that 90 per cent of employers and jobseekers believe that more regulations are needed to protect the rights of gig workers.

This comes as the shift towards flexible working continues to rise, as more people - particularly those currently out of work - are considering contracts, freelance working and 'gigs' as an attractive option.

The gig economy includes freelance, contract and ad hoc work, which is often classed as self-employed and means contractors don't have the same rights as employees.

The trend is now is stretching into contracting in accountancy, technology and many other industries.

Supporters claim that the gig economy offers workers the joy of flexibility and the ability to control their own working hours in order to prioritise other aspects such as a passion, study or family ties.

Nearly 43 per cent of employers told Totaljobs researchers that they already hire gig workers, while nearly half of those who don't said that they expect they would in future.

According to the research 35 per cent of gig workers said that they work this way because of the greater flexibility it offers compared with traditional nine-to-five roles, while 32 per cent said it is because they couldn't find full or part-time work, and one in five (22 per cent) said it was to get experience in a different industry.