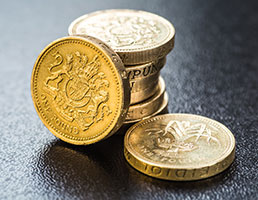 The Financial Reporting Council said it had concluded a review of Mitie's accounts for 2015/2016, as the firm reported its adjusted operating profit was slightly up in its half-yearly financial report for the six months ended 30 September 2017.

It also said the Mitie Transformation Programme was making "good progress" with its three-year delivery and execution target on track. It also said its connected workspace strategy was now in pilot phase with a number of clients.

Phil Bentley, chief executive, Mitie Group plc, said: "This has been a period of transformation and investment for Mitie. We have had a solid six months with a modest uptick in revenue. We have continued to build foundations, take out costs, simplify systems and processes, invest in our capabilities and put the customer at the heart of our organisation.

"We have had a number of good recent wins, we have attracted some high-quality talent to the business, our Connected Workspace proposition is gaining traction and we are already seeing the benefits of our HR and IT change programmes. We have much more to do, but we are very much on track."

Mitie also announced that it has appointed Jo Davis as group human resources director. Based in London, she will join the group in January 2018. Davis joins from itsu, the healthy eating retail chain, where she was group HR director.